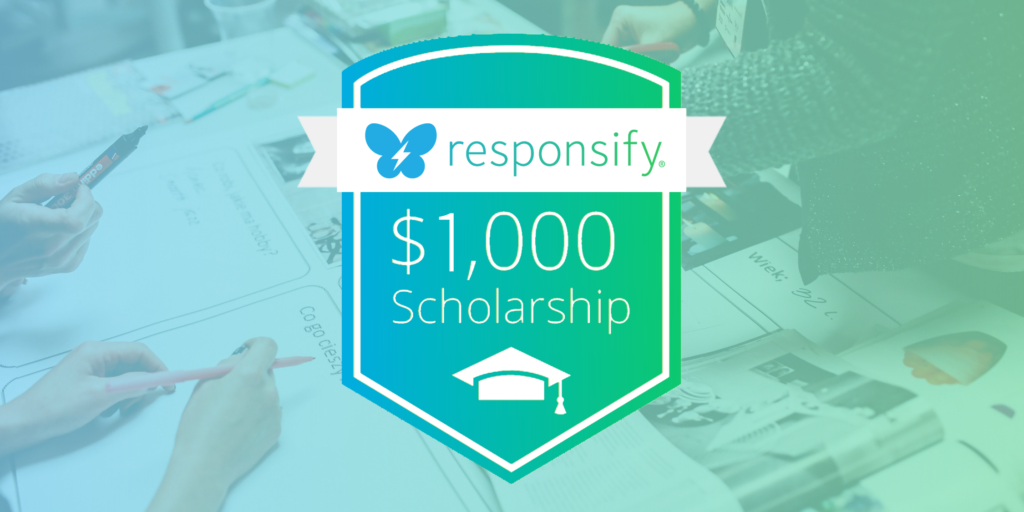 The Responsify team is excited to announce Audrey Hiller as the winner of The 2019 Empowering Others Scholarship for $1,000. Audrey attends Southeast Missouri State University as an undergraduate student majoring in Speech Pathology. Applicants had to explore empowerment, reflecting on what the word meant to them, and, how their major could be used to empower others.

Consider the golden rule: treat others the way you would want them to treat you. I’ve always found this rule pretty difficult to put into action when someone has wronged me. In these situations, the rule tells us to our persecutor with mercy and forgiveness because that is how we would want to be treated if we had been the wrong-doer. However, as humans, our natural instinct is to repay evil for evil, and people end up hurting those around them simply because someone else hurt them. I struggle with this myself, but I find the other side of this rule much easier to enact. Obviously, when someone is kind to me it is very easy to be kind back. When someone says something nice to me I want to compliment them too. When someone encourages and empowers me, I want to do something to make them feel as good as they helped me feel. This is why it is so important to empower others. When someone makes another person feel empowered, that person is more likely to go and help someone else feel that way too. It’s a chain reaction of goodness.

When my junior year of high school arrived, I had no idea what I wanted to do with my life. I had considered studying pharmacy, veterinary sciences, and even conservation biology. I was worried that I would pick the wrong thing and spend my whole life doing a job I hated, so I spent a lot of time thinking about what I liked to do. I knew I liked animals, but I also knew I liked them too much to ever have to euthanize one. I knew I liked the outdoors, but I also knew how much I hated bugs. I knew how fascinated I was by human anatomy and physiology, but I also knew that I wanted to help people in such a way that I could visibly track how much I was benefitting them. After about five months of stressing and agonizing, I decided to take a break from the angst of college. I agreed to help my friend Makayla run the Theater Club booth at freshmen orientation day. A senior, Makayla was cool and collected and wicked smart. I admired her so much, so I asked her what she was going to major in. She said speech pathology, and I asked: “What the heck is that?” She told me that speech pathology is like being a doctor for peoples’ voices and brains. They help people stop stuttering but they can also help someone who has had a stroke or traumatic brain injury regain skills they lost from their injury. I was fascinated: here was a career that combined my interest in anatomy with my desire to help people in a tangible way. I immediately fell in love with speech pathology, and I’ve been in love ever since.

One group I could empower as a speech pathologist is children. My advisor tells a story about when she worked as a speech pathologist in a middle school. She had left her room to get a snack before her group session with three boys. When she got back to her room, her students were across the hall. They were hiding behind posts and checking to make sure nobody was coming, and then they sprinted to her door. She asked them what they were doing, and they told her they didn’t want anyone to know they were going to speech. She asked them why not, and they told her that their classmates made fun of the speech kids. Every time I hear this story my heart breaks a little bit. My advisor told the boys that there is no shame in going to speak because they’re trying to better themselves. As a speech pathologist, the children I would work with might have an intellectual disability. They might talk funny or act weird. The kids I would work with would be oddballs in the eyes of their peers and lack confidence. As a speech pathologist, I can empower them in two ways. First, I can help them learn to manage whatever speaking or cognition issues they might have. Second, I can teach them that what makes them different doesn’t make them bad or weird, it makes them special. In both of these ways, I can empower students and help them feel more confident.

Another group I could empower as a speech pathologist is stroke and traumatic brain injury patients. Often these people lose skills like remembering the names of people or objects; abstract thinking skills; reading, writing, and speaking fluently; and inhibition and judgment skills. A stroke patient may even struggle to remember his own name. If he is out and about on his own, this poses a major safety risk. If he can’t tell a police officer who he is, where he lives, or how to contact someone who knows where he lives, then he can’t be allowed to go out on his own. For his own safety, he would lose all independence. Enter the speech pathologist. She can help him remember important safety information. She can teach him skills to maintain good, clearly understandable speech. In doing these things, she helps him regain his independence and confidence. She empowers him by giving him his voice back.

I feel empowered most when I’m helping other people. It is uplifting to know that I’m making a positive impact on others’ lives, which is why I love my major so much. Speech pathology is a diverse field covering a plethora of issues. I can work in the neonatal intensive care unit teaching tiny babies how to swallow. I can work in an elementary school with kids who say “Mewwy Chwistmas,” or I can teach kids on the autism spectrum how to start, maintain, and end a conversation. I can even work in a nursing home with elderly men and women who have trouble swallowing their medication. There are so many opportunities in my field to help people. No matter what type of disorder I’m treating, the core of my duties as a speech pathologist is to give people a voice.

email
Join thousands of marketing insiders and get our latest articles, tips, and insights!
Responsify